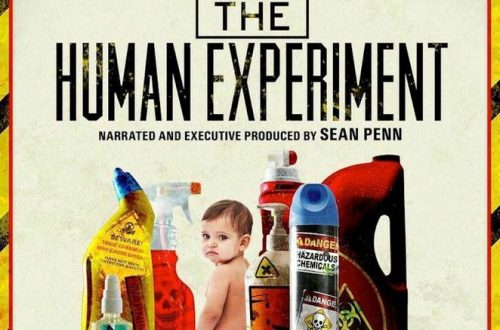 Belfastphysioandmassage
Documentaries Everybody Should Watch
No Comments

“The Human Experiment lifts the veil on the shocking reality that thousands of untested chemicals are in our everyday products, our homes, and inside of us. Simultaneously, the prevalence of many diseases continues to rise.”

The Human Experiment follows several women whose lives have been changed by chemical exposure. One was diagnosed with breast cancer, despite being a young, healthy athlete. One has a non-verbal brother with autism. Another has polycystic ovarian syndrome and struggles to get pregnant. A woman who works as a house cleaner became sick from the chemicals, primarily bleach, that her employer made her use.

It’s now common to know someone who has or has had cancer. Have you ever wondered why there are people with no hereditary history with cancer? Why there are cases of healthy people with cancer? Why are we allergic to what we were never? Well, as crazy as it sounds, according to my criteria we were born contaminated, because it’s curious in this video they made a test of chemical substances to a “NEWBORN BABY” and incredible as it may seem, toxic chemicals were already circulating in his blood. So I consider it important to be aware of this problem and be more responsible when we buying these products because IT WILL NOT BE THE GUILT OF THE MANUFACTURES, IT WILL BE OUR FAULT BECAUSE WE HAVE CHOSEN TO BUY THESE PRODUCTS BY OWN WILL. They don’t lose, we do.

Here you have some examples of the effects produced by chemicals present in the most commonly used products on a daily basis.

The Human Experiment was first released in 2013 and then re-launched in time for Earth Day of this year. It was produced by Emmy Award-winning journalists and filmmakers Dana Nachman and Don Hardy, and narrated by Sean Penn.

Are you looking for quality, effective physiotherapy treatments and massages? Do you want a personal physiotherapist that values you as a client and offers a wide range of professional services designed around your need?
Website
Search

A Murray
22:19 02 Nov 19
Had longstanding glute issue but Kamil did a great job. Knowledgeable and competent, he improved my problem far more than any other treatment I have had...and I have tried several. Really pleased.

Tippy Logronio
10:51 15 Oct 19
My husband and I went for a 45min sports massage each with Kamil and we were very pleased with the service he provided. Kamil explained to us what he was doing as he was massaging our backs and necks. He was able to find our problem spots with no bother and we left feeling so much better and relieved. He definitely knows his stuff. Our necks and back felt a lot looser and less sore. We will definitely be going back for regular sessions now. I highly recommend him.

Frank Mcg
16:27 07 Oct 19
Kamil was an excellent therapist, spent a lot of time on my calves and quads. Felt great after

David Simpson
12:07 07 Oct 19
I am yet to find someone who can actually give a proper sports massage to my hamstrings. That was until I went to Belfast Physio and massage and were able to get to parts of my hamstring I didn’t even know existed! Great value for money, will be back!

AH17293 .
09:09 21 Sep 19
I had an amazing massage with Shari this morning. She is very friendly and welcoming, which just adds to the experience. The massage itself is very thorough and she worked through my problematic areas. Shari even showed me an excellent stretch afterwards to help improve my mobility. Fantastic service all round and I will definitely be back asap.

Charlie Mack
22:45 31 Aug 19
Kamil is a highly skilled and extremely dedicated sports injury therapist who has been working on my rehabilitations from my broken hip and femur. I trust him implicitly and I am seeing great benefits from his work. Thank you so much.

Ewa Świętek
17:55 17 Apr 19
I attend regularly for massage sessions with Kamil. He's brilliant. Sometimes I have to go with particular problem for deep tissue massage e.g. last week i went with sciatica and the result was impressive! I felt immediate relief. When I dont need any particular massage I simply go for relaxing one. Kamil is able to perform on request a sound massage which is just out of sight experience! I highly recommend this therapist.

Agnieszka Dworczynska
19:45 16 Apr 19
Always nice and proffesional. I got many times massage from Kamil. I think it's good to know you will get a massage from one of the best students.

Damian Białoń
14:44 16 Apr 19
Kamil treated me with kindness and professionalism. I've had few sessions with him. Alwayse felt better. Thanks Kamil

Maria Białoń
13:45 16 Apr 19
Kamil did a really great work and he learns a lot and quickly, when I had my first appointment with him few months ago I was glad, but now he is much confident and professional. He gained new techniques and he knows how to work on muscles. He is kind and talkative preson. Thank you Kamil!

troglodit616
13:09 16 Apr 19
Professional and really good work from Kamil! My neck and lower back were in pain for several weeks bringing me terrible headache. Fortunately I heard from my colleagues about this place and called for help :) Many thanks Kamil!

Jennifer Mckeown
09:34 27 Mar 19
I went to this lady yesterday with a sore hip which I have had for about six months and today I feel like I have a new hip! I am really amazed. I just wish I had of went six months ago. Thank you so much. This lady is so knowledgeable and found the exact points where the pain was coming from and worked through them. I highly recommend her. Very reasonably priced as well. Delighted with the results after one session. I am going to go for recommended three sessions to loosen all the knots. Xx
See All Reviews
IN THIS BLOG:
I share my passion by giving health advice and by making publications on topics related to physiotherapy such as injuries and illness. Most publications focus on my patients' injuries.
Recent Posts
TESTIMONIALS IN TREATWELL:

Get Social with Me:
Learn more about me, your therapist, read our +FAQs or book a massage HERE
WE WORK IN BELFAST:
Powered by Embedgooglemaps EN & Intramarketresearch org
LATEST POST:
CALL US: +44 073 972 373 29
× How can we help?